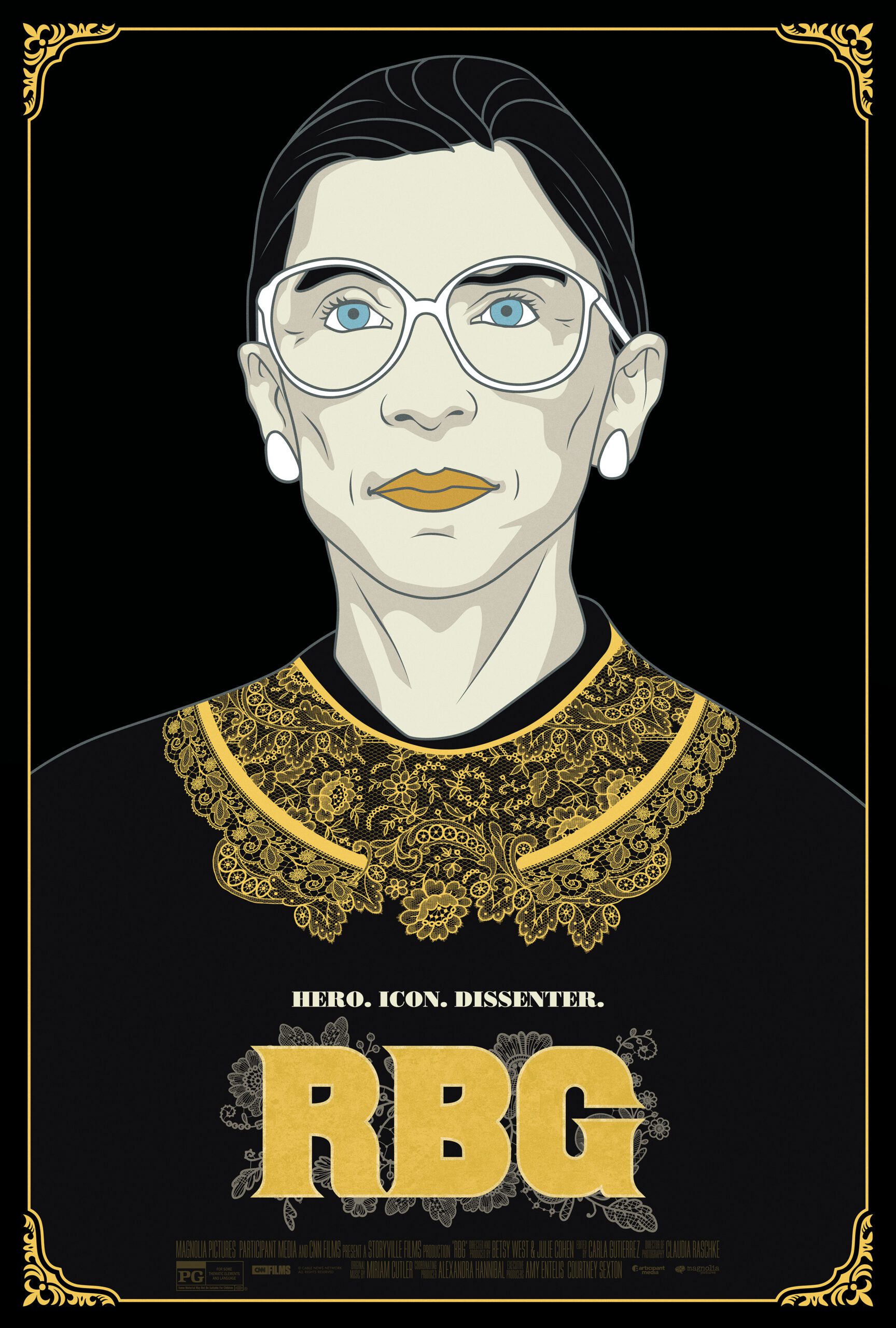 The South Coast Film Forum, via Magnolia Pictures, is proud to honor the remarkable life and work of Supreme Court Justice Ruth Bader Ginsburg by re-releasing their 2018 documentary RBG, directed and produced by Betsy West and Julie Cohen.

At the age of 85, U.S. Supreme Court Justice Ruth Bader Ginsburg has developed a lengthy legal legacy while becoming an unexpected pop culture icon. But the unique personal journey of her rise to the nation’s highest court has been largely unknown, even to some of her biggest fans – until now. RBG explores Ginsburg’s life and career.  From Betsy West and Julie Cohen, and co-produced by Storyville Films and CNN Films.